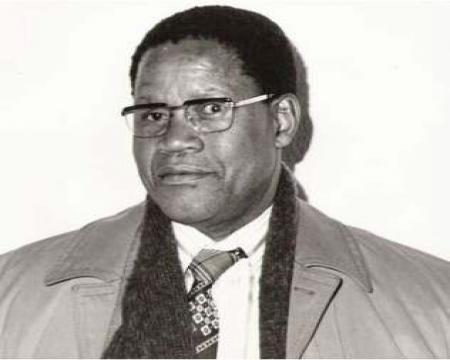 John Taolo Gaetsewe originally came from Maruping village in Ga-Segonyana. His mother was of the Mereeotlhe family. He died after a stroke in Botswana in December 1988, and was buried in Francistown on the last day of the year. He was a long-standing and respected member of the ANC, and a dedicated trade unionist.

The trade union movement was the mainspring and motivation of his life, and his work in the African National Union of Laundry and Dry Cleaning Workers, on the Management Committee of SACTU, and as SACTU General Secretary serve as his memorial. He never sought easy compromises. At a time when white workers in South Africa, organised as they were in TUCSA and in other all-white enclaves, ignored the problems of their black fellow workers, John attacked them. At a mass rally to inaugurate the SACTU “one pound a day” campaign of the 1950s, he stated that it was not only black workers who earned starvation wages, but that many white women workers in the tobacco, distributive, sweet, laundry and textile industries were also grossly underpaid, and he stressed, as he always did, the need for the unity and collective strength of all workers. It was his belief that unity was the only way forward.

At a Special Conference called by SACTU on Job Reservation, John said, “Let us have confidence in our workers and not underestimate our strength.” This confidence inspired those who worked with him. His commitment was total, and he was not deterred by the hostility of employers nor by harassment from the security police who were carrying out the stated policy of the regime, of “bleeding the black trade unions to death.” In December 1956, at the time of the mass arrests of all the leading members of the Congress Alliance, including the President and the General Secretary of SACTU and 31 other officials, John helped to keep SACTU together throughout the four and a half years of the Treason Trial which followed and which ended with the acquittal of all the accused. With members of SACTU Local and Management Committees, he participated in many attempts to organise mine workers at a time when any one who merely set foot on mining ground was subject to instant arrest.

He left South Africa secretly to meet trade unionists in Africa and Europe, and on his return was sentenced to two years` imprisonment, later reduced to nine months on appeal, for leaving the country without travel documents. He served the time on Robben Island. He rarely spoke of the conditions in prison, which we all knew were inhuman. Occasionally, he would say, “When I was on the Island with Nelson…” and tell an encouraging anecdote. By 1963, the “smash SACTU” campaign of the regime was well underway, with the majority of leading officials imprisoned, detained or banned.

John was banned and placed under 24-hour house arrest, later reduced to 12 hours, and his effectiveness in the trade union movement was nullified. Most of our Local Committees were demolished by the actions of the regime, and SACTU, though never subjected to a legal ban, had to go underground. Once again, John left the country without travel documents, and spent a brief period studying in the German Democratic Republic. A group of SACTU exiles had formed a committee in London, and John joined in his capacity as General Secretary of SACTU.

He re-established links with the international trade union movement, and made it clear that SACTU still existed and was a force to be reckoned with. He travelled extensively in Africa, in Scotland, England, Wales and Ireland, in France (where the mayor of Le Havre gave him a reception), in Italy, the Netherlands, Canada, Australia and New Zealand. Those who have visited these countries since are well aware of the impact he made; he is still talked of with respect and admiration. Although John was a full-time SACTU official based in London, he earned a minimal wage, and his rented flat served as the SACTU office for many years. As SACTU was re-establishing itself in Tanzania and Zambia, he generated such support that the London office was able to contribute to the setting up of offices in those countries.

During his time in London, he attended the tripartite Conference held by the International Labour Organisation every June in Geneva, and he always made it clear to the representatives of governments, employers and workers present there that apartheid could not be justified, reformed or diluted but had to be overthrown. He became an accomplished speaker, and his fellow trade unionists abroad probably did not know how limited his formal education had been. He read copiously, and was well aware of the early struggles of workers both in South Africa and abroad. He knew how many sacrifices were required, and that battles which were considered won had to be fought again and again.